Ushering in the Dawn of a New Day: We solve regenerative medicine product and process development challenges with innovative biomanufacturing strategies. 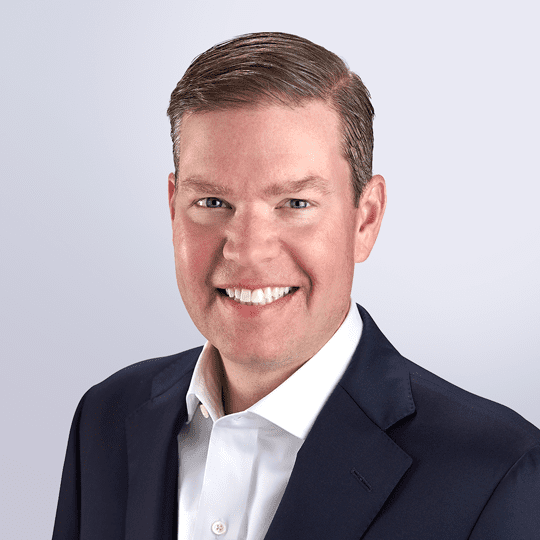 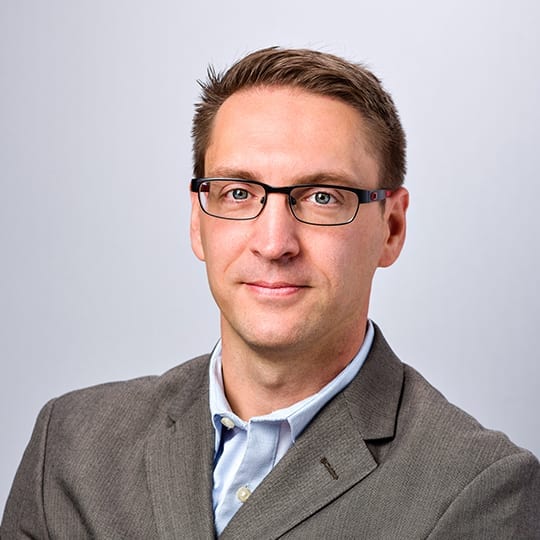 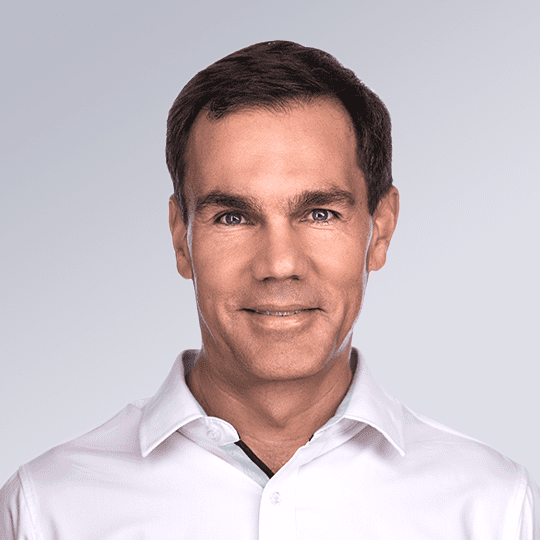 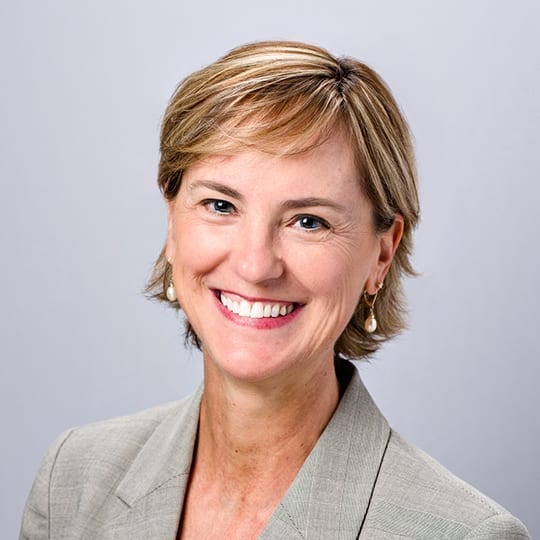 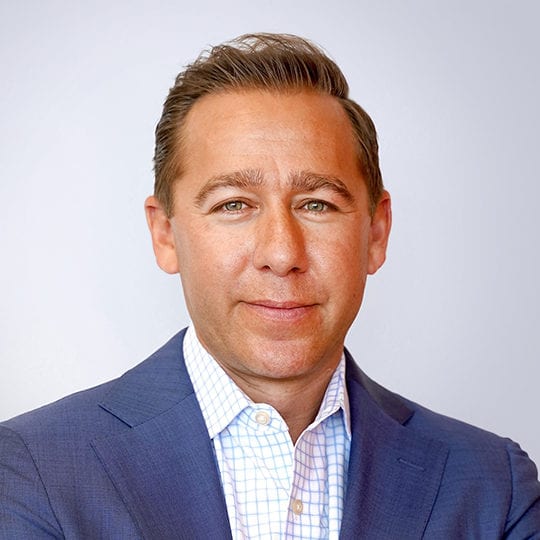 Bob brings an extensive history of innovation in the cell and gene therapy industry, experience developing and managing global business operations, and leadership honed through driving growth in several regenerative medicine organizations. In 1999, Bob co-founded what is now known as Minaris Regenerative Medicine, formerly Hitachi Chemical Advanced Therapeutics Solutions’ (HCATS, formerly PCT) — the first CDMO exclusively focused on the emerging cell and gene therapy industry. As its president and CEO, he oversaw its successful growth and development strategy over the last two decades. Bob began his career as an educator and has been active in the public health arena. He has served as treasurer and founding member of International Society for Cellular Therapy, director for the Association for the Advancement of Blood & Biotherapies, and chairman for the Alliance for Regenerative Medicine, where he previously served as director, vice chairman, and co-chair of the Standards and Technology Committee. He has published and presented extensively on a variety of topics relating to cellular therapies.

Dr. Carlson is interested in the future role of biology as a human technology and is a founder of Biodesic, a consulting firm at the juncture of biology and other disciplines such as marketing, engineering, and investment. He is a serial entrepreneur and has worked to develop new biological technologies in both academic and commercial environments, focusing on molecular measurement and microfluidic systems. He has also developed and published a number of novel metrics for quantifying the impact and progress of biological technologies. Carlson is the author of the book Biology is Technology: The Promise, Peril, and New Business of Engineering Life, published in 2010 by Harvard University Press. Dr. Carlson earned a doctorate in Physics from Princeton University in 1997. LinkedIn

Daniella Kranjac is Co-Founder and Managing Partner of Dynamk Capital and has been building life sciences businesses and developing and commercializing life sciences products for 20 years. Having co-founded Wave Biotech LLC, she and a partner drove the start-up, growth, and commercialization of highly disruptive technology. As Vice President of the organization, Daniella established high growth with significant brand recognition and led the group to a successful exit and acquisition by GE Healthcare in 2007. At GE Healthcare, Daniella held a variety of strategic, M&A, and business development roles. One of her most notable achievements is the success in an entrepreneurial group within GE Healthcare, where integrating the acquired Xcellerex business enabled global commercialization of a several hundred million dollar enterprise solutions business. Her extensive business development, negotiation, and deal-making experience with multinational biopharma and governments in developed and emerging markets provide a broad network of colleagues, customers, innovators, and key opinion leaders.

Tim Kelly, Ph.D., is CEO of RoosterBio, Inc. and prior to that served as President of Manufacturing at Asklepios Biopharmaceutical, Inc. He has overseen development and manufacturing services for over 325 biologics at all stages of development and commercialization and has supported numerous successful FDA and international regulatory inspections throughout his career. Read Full Bio

Founder and Chief Product Officer of RoosterBio Inc., Dr. Jon A. Rowley, started RoosterBio in 2013 as part of his personal quest of having the biggest impact possible on the commercial translation of technologies that incorporate living cells, including cellular therapies, engineered tissues, and tomorrow’s medical devices. Read Full Bio

Lee is President & CEO of RepliCel Life Sciences, Inc. Prior to joining RepliCel, he was the founder and managing director of Cell Therapy Group – a leading, boutique consultancy focused on the cell therapy and regenerative medicine industry. Since early 2000, Lee has been an executive in the cell therapy regenerative medicine industry. He has significant experience in both for-profit companies and non-profit organizations including Progenitor Cell Therapy, Malachite Management, Stem Cell Technologies, and the International Society for Cellular Therapy. LinkedIn

Andras is the co-founder of Modern Meadow as well as Organovo, which pioneered the use of 3D bio-printing to create human tissue for a range of medical applications. Prior to that, Andras was as Managing Director with Richmond Global, an international technology-focused venture fund, was a consultant in the New York office of McKinsey & Company focused on biopharma and private equity, and was a founding member of Citigroup’s corporate and investment banking e-commerce group. He is also Co-Founder and Chairman Emeritus of the international non-profit Resolution Project. LinkedIn

Dr. Peters has over 15 years of experience developing and commercializing healthcare products from first-in-man through launch and life-cycle management. Martin is currently VP of Mood Disorders Franchise at Takeda. Prior to joining Takeda, he was the Sr. Director of Program Leadership & Management at Biogen. He has served as VP of US Marketing for Novartis Vaccines and Sr. Director of Strategic Marketing for Aastrom Biosciences. He holds a PhD from the University of Michigan where he was a Whitaker Foundation Fellow working on cell therapy for tissue engineering applications. He has six patents and over a dozen peer-reviewed articles covering cell therapy-related topics. LinkedIn

Prem is Head of Product at Sidewalk Labs using digital technology to radically improve the quality of urban life. Prior to that, he was a Product Manager at Google where he worked on projects such as Google Checkout, Google’s ecommerce shopping solution, and the Internet Bus Project aimed at increasing Internet penetration in India. Prem was also part of Google’s Network Infrastructure team as part of the Make the Web Faster Initiative launching Google Public DNS and started Google.org's Crisis Response Team. He earned his MBA from the Harvard Business School where he also served as a Teaching Fellow. LinkedIn

Dr. Vanek is General Manager of GE Healthcare’s Cell Bioprocessing business, a $6 billion strategy to revolutionize the world’s health by improving the quality, access and affordability of care. Phil joined GE from Lonza where he was Head of Innovation for Lonza’s Pharmaceutical division. Phil’s career has included a number of senior innovations, business and market development roles at Becton Dickinson, Invitrogen and Life Technologies, as well as two start-up biotechnology companies in the Washington, DC area. LinkedIn

Dr. Mak Jawadekar is a pharmaceutical research and business executive, pharmaceutical sciences CMC area leader with expertise in pharmaceutical benchmarking. He worked at Pfizer Inc. in for 28 years where his most recent position was as Director of Portfolio Management He was responsible for Drug Delivery Technology Assessment function involving external Drug Delivery technologies. He has extensive experience in creating and cultivating external partnerships and alliances for drug delivery technologies. Dr. Jawadekar began his professional career at Pfizer Central Research in early 1982, after having completed his Ph.D. in Pharmaceutics at the University of Minnesota. LinkedIn

Dr. Mathew is part of the founding team and is co-developer of BioLife’s biopreservation media solutions. Dr. Mathew has been researching low temperature biopreservation since 1994, and his studies contributed to the development of BioLife’s commercial HypoThermosol® and CryoStor® product platforms and intellectual property foundation. He established BioLife’s initial Quality system and is currently BioLife’s Senior Vice President & Chief Technology Officer. Dr. Mathew is a member of the Board of Directors, and Advisory Panel, of the Parent’s Guide to Cord Blood Foundation, the Scientific Advisory Board of HemaCare Corporation, the founding Board of Directors of the Cord Blood Association, the NIST-AMTech National Cell Manufacturing Consortium and the California Institute for Regenerative Medicine (CIRM) Clinical Advisory Panel. He holds a Ph.D. from Binghamton University and a B.S. from Cornell University.

Occasionally companies are born that employ people who tackle something different — something that transcends the usual beliefs about the economy and business and has the chance to create new opportunities for millions. That’s what we’re building at RoosterBio.

Want to Join Our Team?

If you have a genuine passion for helping invent the future of cell-based technologies, we invite you to apply.